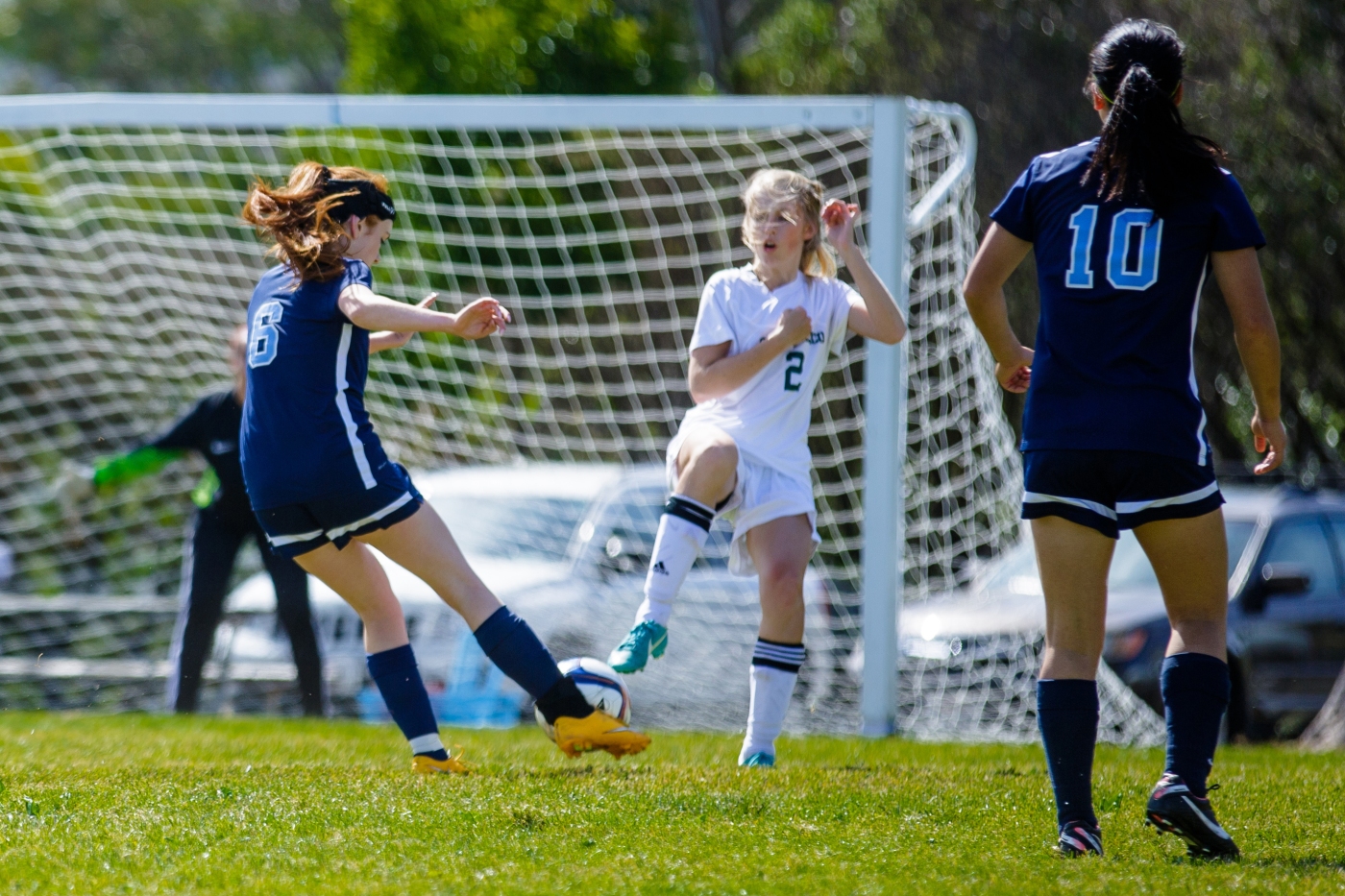 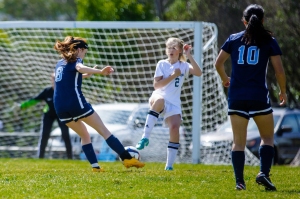 Congrats to our girls varsity soccer team on winning the BCL Central League Championship on May 8! Relive an earlier game with Brooks Carman’s recap of their April 30 win against Gateway.

Late in the first half of the girls’ soccer team’s game against Gateway, 9th-grade goalkeeper Katy Oda made a tremendous diving save to maintain a 1-0 lead going into halftime. The great save epitomized the game’s theme: Bay had possession for the majority of play, and, when Gateway had the ball, Bay’s excellent defense limited their opportunities. 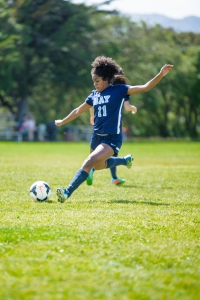 The Breakers’ stellar team effort resulted in a 3-0 shutout of of the Gators on April 30 at Kezar Stadium. Bay’s goals came from freshman Sydney Doyle (assisted by Kendall You Mak) in the first half, and You Mak (assisted by Sydney Johnson) and freshman Claire Lau in the second half. Senior Elisa Cooney nearly added a fourth goal on a free kick after halftime.

Not only was this a great team win for Bay, but it also served as a boost of momentum heading into the playoffs. It was the last regular-season game before BCL Central tournament play and was against Bay’s first-round opponent, so the convincing victory raised the team’s confidence heading into the next match-up.

Graduating seniors from both Bay and Gateway were honored before kickoff. For the Breakers, the group included Sidney Johnson, Sophie Go, Monica Lee and Elisa Cooney, all of whom helped build the soccer program here at Bay.

Bay won their first-round playoff game against Gateway, as well as bested Drew 3-2 in the BCL Central league championship game.

Follow The Bay School of San Francisco Blog on WordPress.com