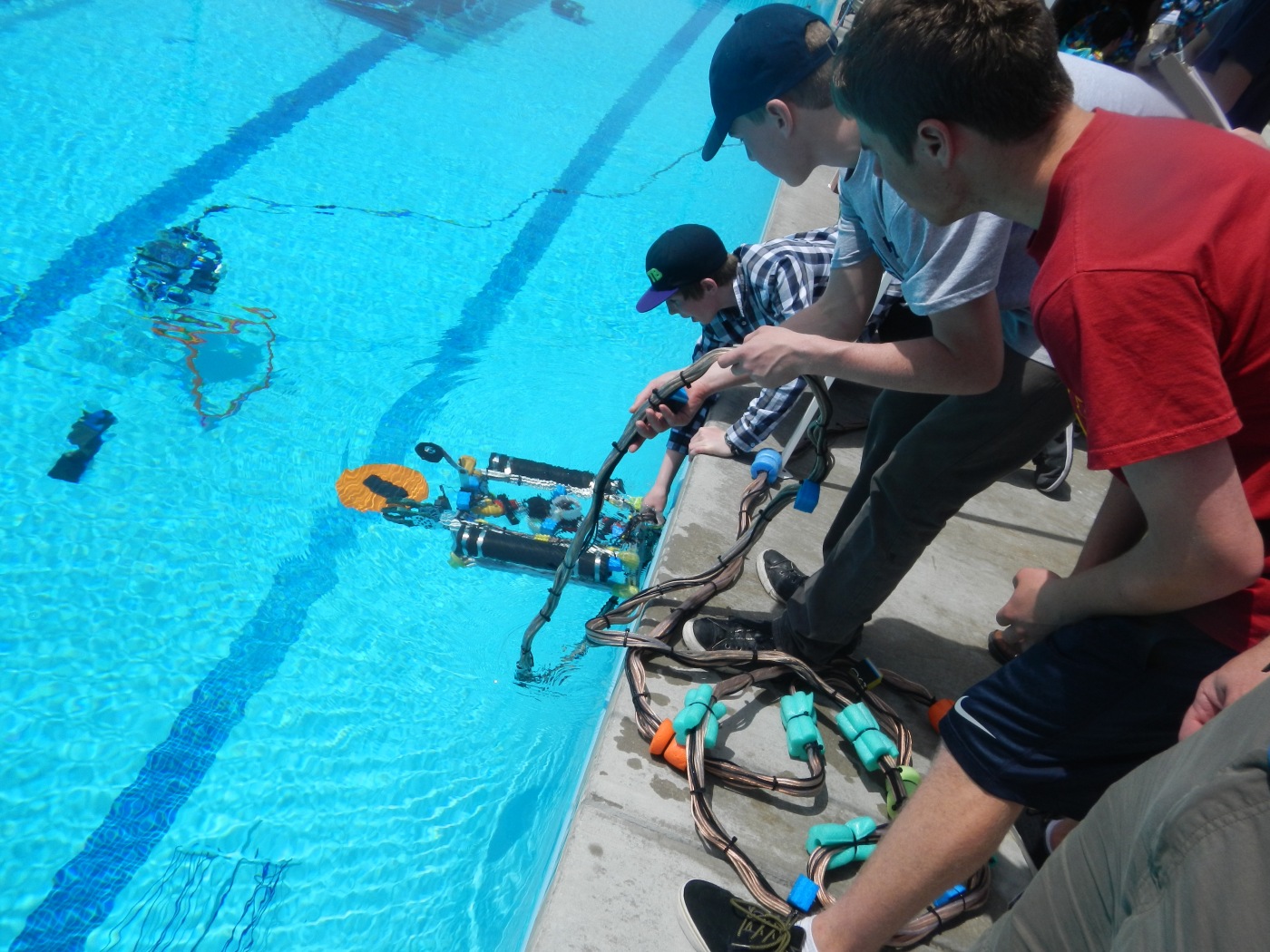 It’s not every day that you drive underwater. In early May, seven Bay students did just that, operating a Remotely Operated Underwater Vehicle (ROV) at the M.A.T.E. Monterey Bay Regional ROV Contest in Aptos. Returning to the competition for the first time since 2009, Bay’s team competed in the most advanced division of the competition, the RANGER class. RANGER teams had to submit a technical report, give an engineering presentation to a panel of judges and complete three underwater missions simulating real-world ROV work.

Brad Niven, Director of the Project Center and Engineering Club mentor, worked with the team on their ROV throughout the school year. As he notes, “This is really challenging work. You have all of these technical aspects – controlling motors, dealing with flotation and ballast, using digital controls – that you have to get working, and you have to get them working underwater.” When problems arose, Brad explains, “We asked ourselves, ‘What solution options do we have? What will work best?’” After testing possible solutions, the team based each new iteration of the ROV on the evidence they gathered during their experiments.

This approach served them well in the competition. During their first attempt at the underwater missions – exploring, documenting and identifying a shipwreck; collecting microbial samples, measuring conductivity of groundwater, and deploying a sensor; and removing trash and debris from the shipwreck and surrounding area – the team noticed that the tethered cables attached to the ROV were too buoyant to navigate the shipwreck. Using the problem-solving skills they had honed over the year, the team easily made adjustments, and the ROV was back in the pool with great success for their second attempt.

This year’s team consisted of 9th-graders Thelonius, Sumner, Katie, Malcolm and Max, 10th-grader Ed and 12th-grader Kyle, all of whom “contributed in different ways…this type of competition is not a spectator sport,” says Brad. “There’s a real sense of camaraderie and fun in this process, and a spirit of courteous cooperation that contributes to a great experience.” The team felt the same way; they were awarded the Team Spirit Award at the end of the competition.

Check out the photos below to see the ROV and the team in action. Congrats on a great competition to everyone who worked on the ROV. 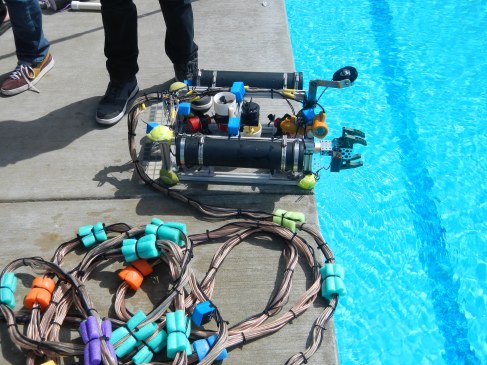 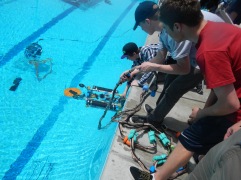 Lowering the ROV into the pool for its underwater missions 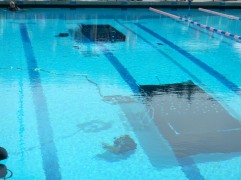 The ROV in the pool; the team was only able to navigate through video screens, and could not look at the ROV when operating 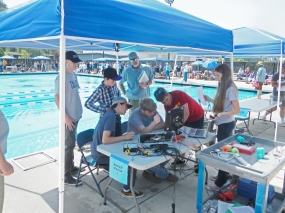