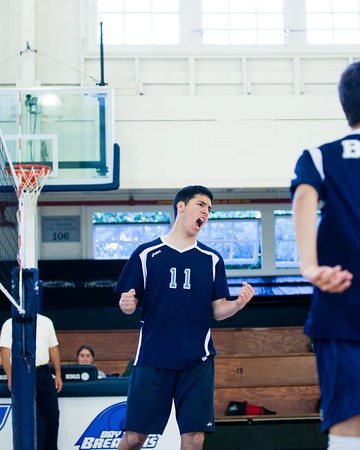 Last year, spring varsity sports teams at Bay accomplished more than ever before, and hopes are high for all eight teams in The Bay School’s 10th year.  Here is the recap for the last four spring teams (click here to read Part 1 from a couple of weeks ago).

In 2013, the boys volleyball team finished with an overall record of 4-6 and third place in the BCL.  While Bay ultimately lost to Chinese Christian in the semifinals, the team accomplished a lot, especially when considering that most opponents had larger rosters.  The 2013 team was led by two seniors who were both awarded first-team All-League, as well as Sam Koch, who received second-team honors as a junior last year.  Now the team captain, Koch hopes to expand on last year’s success by leading the 2014 team to even greater success.

While this year’s team has fewer players, it is packed with experience. Six of the seven players on the team are upperclassmen, and they have gotten off to a strong start.  With an overall record over .500 and a 3-1 record in league as playoffs grow near, Bay is nearly a lock for the playoffs.  The main team standing between Bay and a BCL championship at this point is Chinese Christian, the only team currently undefeated in the league.  Chinese Christian defeated Bay earlier this year, but the Breakers did win one set in the match, demonstrating that the Breakers have the potential to beat the Rams. 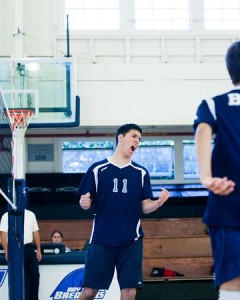 While co-ed sailing may not be the most visible at Bay, the team’s history in recent years is quite impressive.  Last year, the sailing team qualified for both the NorCal Championships and the silver PCCs (Pacific Coast Championship).  In the NorCal races, the Bay gold team (upper level) didn’t have a great performance, finishing 24th out of 27 in the gold division.  The two silver teams, on the other hand, did quite well, finishing third and ninth out of 18 in the silver division.  In the PCCs, the Bay squad finish 15th out of 24 overall.  In the final season rankings, the Breakers were ranked 26th out of 58 in the Pacific Coast Interscholastic Sailing Association (PCISA).  While all of these rankings and finishes may not seem particularly impressive, the other schools included in the standings come from all over the Bay Area and surrounding locations, and most of these schools have a considerably larger student population than The Bay School.

The 2014 sailing team has built off of last year’s success by turning in an even better season as the final races of the season near.  Led by senior captain Isabelle du Moulin and junior captain Sammy Shea (as well as many other contributors), the Breakers sailing team has raced its way to a 15th place ranking out of 59 in the PCISA and has already qualified for both the silver and gold PCC races at the end of the year.  The rising success and upward trend of the sailing team has increased team prestige and grabbed the attention of many schools. 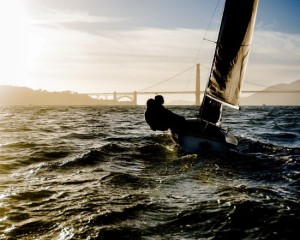 Last year, the girls soccer team built upon past success with their third consecutive winning season.  With a 10-5-3 overall record and eight wins in league, the team played its way to a number three seed position in the playoffs before being eliminated by Gateway in the BCL Central semifinals.  With only three graduating seniors on the 2013 squad, nationally renowned coach Rusty Taylor is looking forward to another great season this year.

This year’s soccer team has played solidly and is currently on pace to finish atop the BCL Central standings.  With five wins and one tie through the first six league games, Bay has two more wins than Drew, the league’s second place team.  What makes the league record even more impressive is just how dominant the performances have been: in six games, Bay has scored 29 goals while allowing only four.  Some of the success can be attributed to the return of girls who played a vital role for the 2013 team.  Emma Lasky, a senior defender and team captain, was awarded first team All-League honors last year, and has been a core member of this year’s defense as well.  Fellow senior captains Fiona Twiford and Kai Karrasch both struggled with injury this year and last, but remain team leaders on and off the field.  A couple of younger players who are likely to be important contributors are junior midfielder Elisa Cooney, who received second-team honors last year and is a captain this year, and sophomore goal-scorer extraordinaire Kendall You-Mak, who received first-team honors as a freshman. 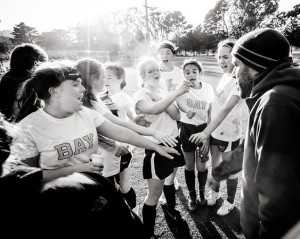 In 2013, Bay softball finished with a 4-9 record, but still managed to make the BCL West playoffs, where they lost to Urban in the first round.  For a relatively young team with only two seniors, the 2013 season gave the players some much-needed experience that should certainly help out the current team that includes five seniors.

There have been a few highlights in the 2014 seasons so far.  Alice Nemoto, one of the four captains, received second-team all-league honors last year and has been batting very well this season, even managing to hit two three-run homers in one game.  Fellow captains Sophia Kauffman, Rachel Miller, and Izzy Paxton, all seniors, have played important roles as well.  With a 2-5 record through mid-April, the Bay team sits fifth in the BCL standings.  With only four league games remaining, the team can no longer finish with the highest regular season league record (and receive an automatic NCS berth), but these last games will go a long way in determining if Bay has a chance to receive an at-large bid.  If Bay’s pitchers can cut down on their walks allowed, and hitters can continue to put lots of runs on the board, the team just might be able to squeeze into the NCS tournament. 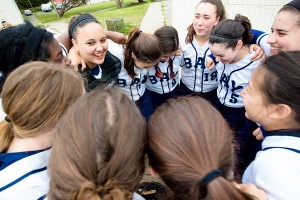 In the upcoming weeks, the blog will focus on specific games, and highlight interesting individual and team statistics.