Bay 9th-graders jumped into the school year learning by doing. Conceptual Physics–a required course for all 9th graders– begins with an introduction to computer programming and robotics.

At first, they did this a using drag-and-drop programming language called Blocks but quickly advanced to writing programs in the text-based programming language Python.  Thanks to software developed over the summer by Katie Partington ’17, Michael Hardy ’17, and Bay physics teacher Richard Piccioni, the students were able to use those same Python programs to make a very real Parallax S3 robot trace patterns on the floor.  Below are photos and videos of students testing out their programming of the robots by drawing the programmed item (shapes or letters) on large pieces of paper.

The motion of these robots is unusually precise, much more so than your typical store-bought programmable robot. In fact, the motions are precise enough for students to use their robots as quantitative tools to discover some of the basic truths of kinematics (motion). In the weeks to come, students will work with the robots, along with more conventional objects like rolling ball bearings, bouncing balls and dropper poppers, to help them understand the concepts of force, energy, momentum and heat. 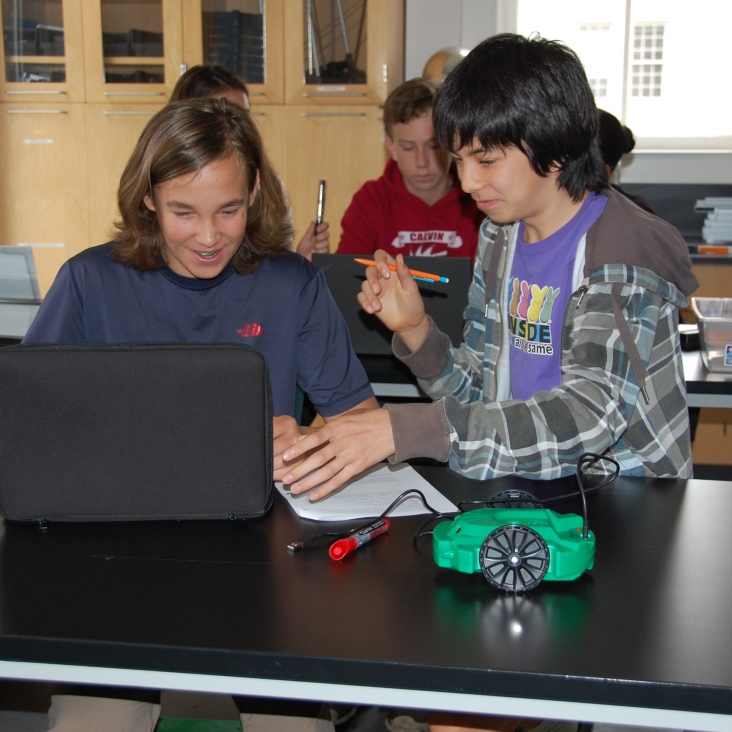 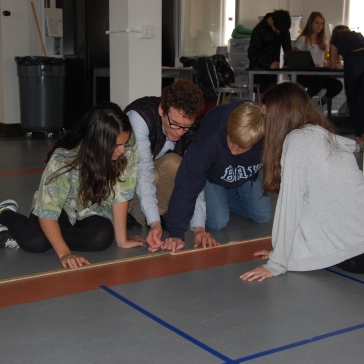 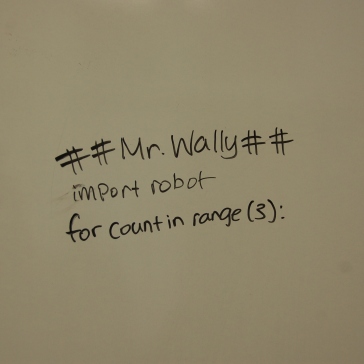 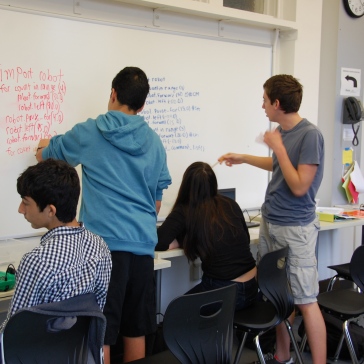 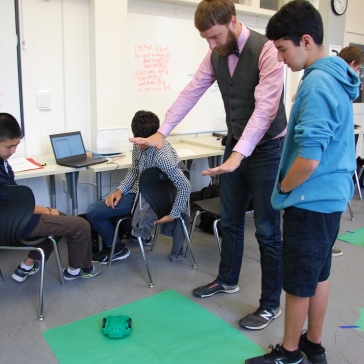