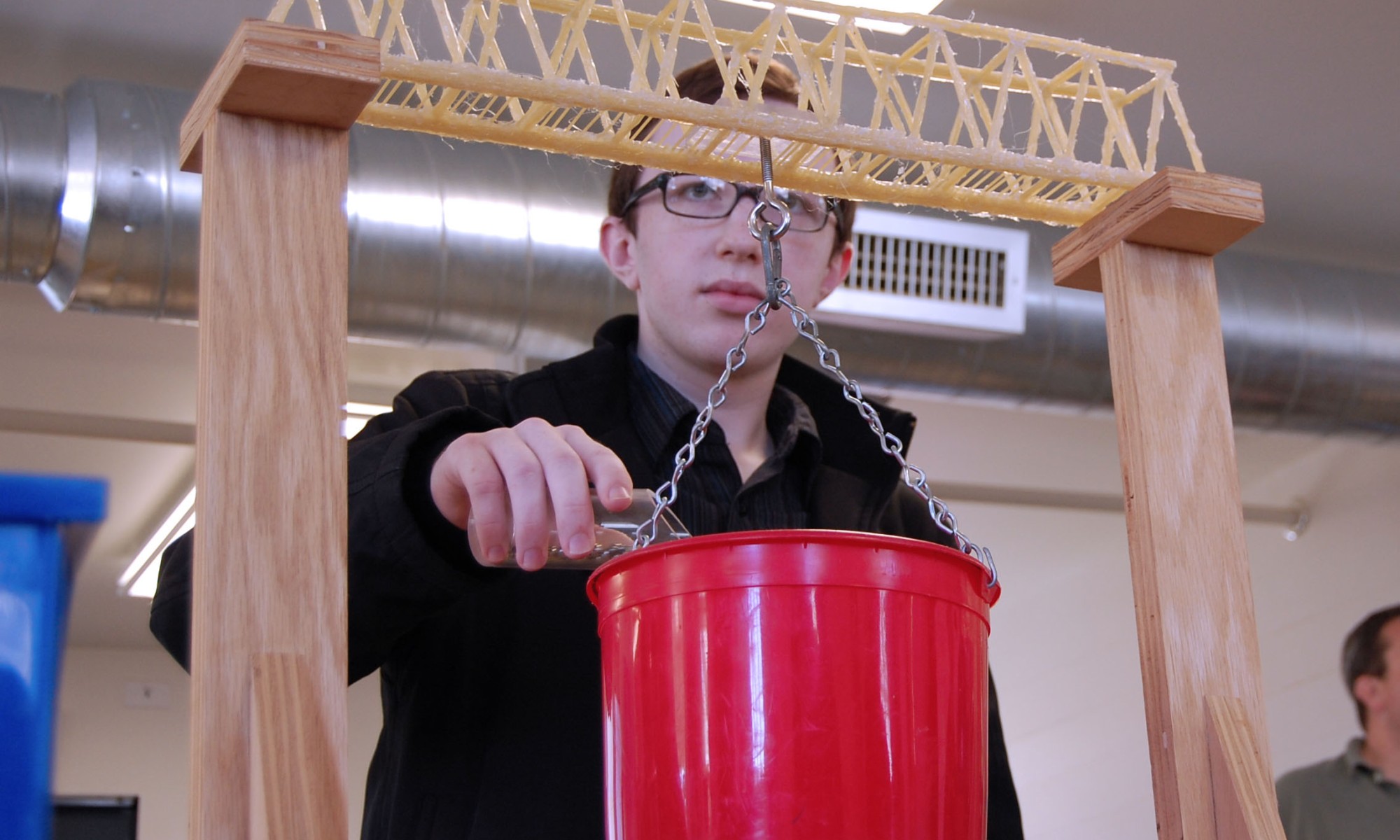 Engineering students were given a group assignment to build truss bridges made entirely out of uncooked spaghetti and hot glue. The objective of this project was to build a bridge with the largest weight-to-load ratio while meeting specifications of the bridges. The students were not allowed to manipulate the pasta in any way and in addition to building the bridge, the students had to create a schematic drawing of their truss from three different views. Once the bridges were complete, the class tested the bridges by loading them with weight until they failed. 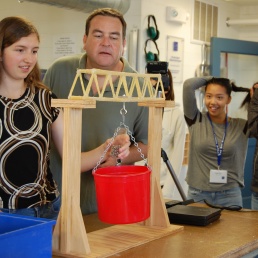 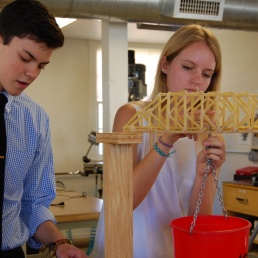 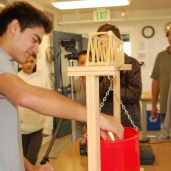 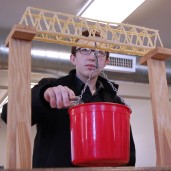 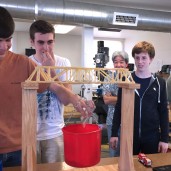 The winning bridges were: