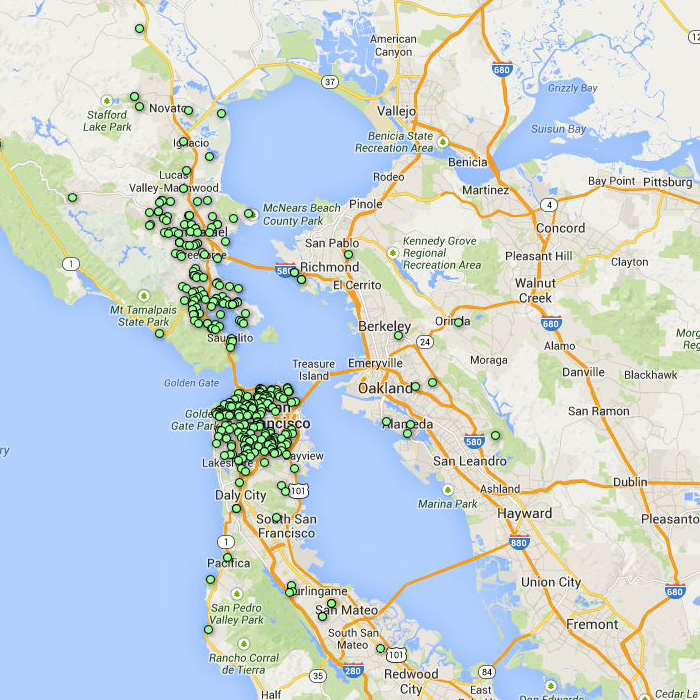 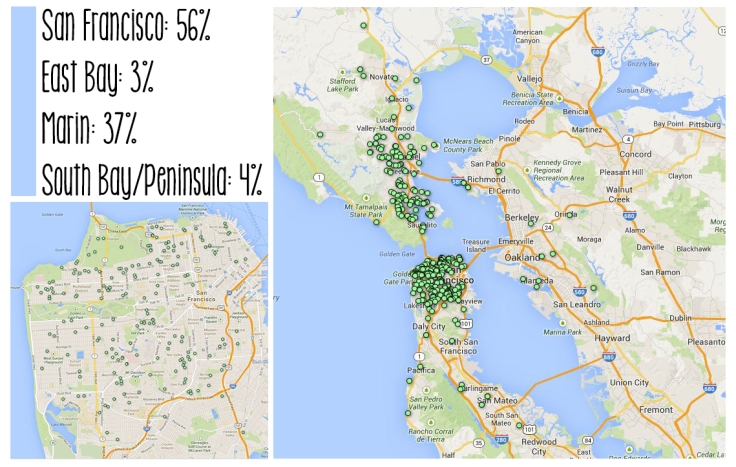 Anni ‘14
Pier 33
During her first three years at Bay, Anni became an expert at bussing to school. She’d take the 8x to the 45 to the Downtown PresidiGo and use that time to review her Spanish flashcards or read. This year, Anni’s trying something new – biking to school. She says, “It’s fun! I find that biking gets my heartbeat going early in the morning and helps me concentrate at school.” She also says that Morning Meeting (her favorite part of the day) makes the process worthwhile: “I look forward to what kind of presentation the speakers will give or what kind of funny announcement people will make (or sometimes I’ll prepare an announcement that I am excited to make). My friends in other schools hate their mornings, but mornings are my favorite part because I know I’ll laugh right when I get to school and I’ll learn something new.”

Andy ‘17
Mill Valley
Andy catches Bay’s Marin Bus at its Mill Valley stop and thoroughly enjoys the 20-some minute ride to school. Time spent talking with friends wakes him up, and sometimes he even meets new people. “When the bus is full and there’s an open seat next to me,” he says, “someone I don’t know will sit next to me, and I’ll talk to them.” Of Bay, he says, “I really like it here. I really like the classes and it’s really fun being with friends too. It’s totally worth it – even if you live in Marin – to go to Bay.”

Weston ‘14
Montara (near Pacifica)
Over the past few years, Weston has become a carpool pro. This year, he and two other students from the Half Moon Bay area switch off driving. In the past, he’s arranged rides with adults who commute to the Presidio – a Lucas Films employee and College Counseling Associate Mio Berk. He particularly enjoyed carpooling with Mio; he says, “It was a great carpool, really fun, a lot of great energy, just happy.”

Yelena ‘14
Belmont (near San Mateo)
Sometimes Yelena’s mom drives her and sometimes she drives herself so that she can get to dance class after school. Though the drive seemed long when she first moved out of the city, Yelena got used to it. She says “It gives me time to settle in. And it’s worth it. Bay is better than the schools in that area, and the Presidio is really nice.”

Nori ‘15
Oakland Hills
Nori’s mom drives her from their home by the Oakland Zoo to the Rockridge BART station. Nori gets off BART at Embarcadero and takes Downtown PresidiGo straight to school. She says, “The PresidiGo is really a lot of fun. There are a lot of people who take it in the morning, so you get to hang out with your friends or do your homework on it. It’s definitely worth it because Bay provides a great education that is worth going that far for.”

Sophie ’17
Outer Richmond
Most days, Sophie gets a ride from her dad, a teacher at Bay. Once a week, she bikes to the Seacliff PresidiGo stop and takes the Presidio Hills route straight to school; she looks forward to seeing her friend Clara on the shuttle those days. “I like the PresidiGo; it’s really nice and it’s free. I think it’s pretty easy to get to Bay.”

Bianca ‘15
Millbrae
Bianca looks forward to her morning carpool and her afternoon PresidiGo/BART route both for different reasons. She echoes other students’ enthusiasm for the PresidiGo, adding that it gives her a chance to catch up with friends who aren’t in her classes. She learns a lot on her morning drive with two seniors; “I like hearing about their experiences so I know what’s ahead for the next year,” she says. “I really enjoy school, and I think it’s worth it coming this far.”